Clicking a thumbnail (on the left) displays its photo on the right.  You can enlarge the right hand photo by clicking it.

The Ring of Brodgar is one of the most spectacular prehistoric monuments in the British Isles. Thirty-six of up to 60 original stones survive. The Scottish geologist, Hugh Miller, visiting in 1846, wrote of those stones that: ‘they look like an assemblage of ancient druids, mysteriously stern and invincibly silent and shaggy’. In contrast to the Stones of Stenness, the Ring of Brodgar, a near-perfect circle, is one of the largest of all Neolithic henge monuments, measuring 130m in diameter overall (the ring of stones itself is 104m in diameter). Two causeways cross the rock-cut ditch, which was originally 10m wide and 3.4m deep. The interior has not yet been excavated. In the absence of scientific dates, our best guess is that the Ring was constructed between 4,500 and 4,000 years ago. This would make it slightly later than Stenness. 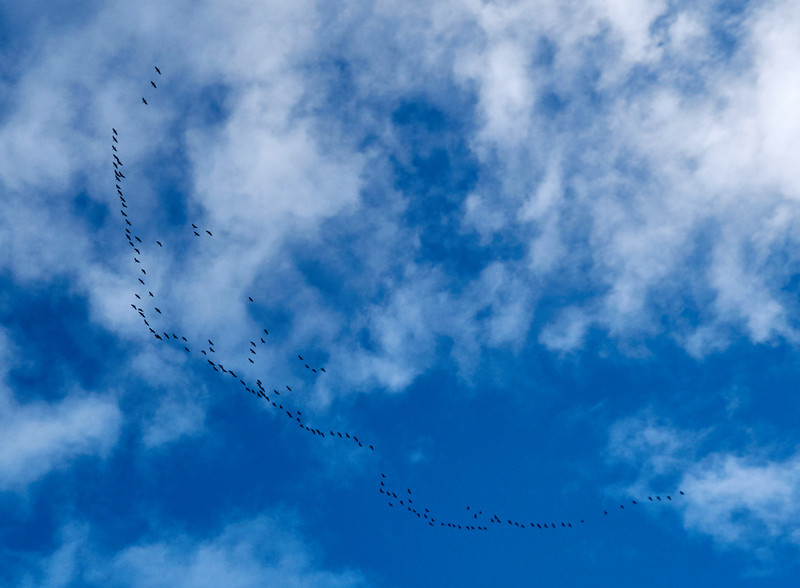 A skein of greylag geese flies over the Ring of Brodgar